Equality of Opportunity: The Party of Social Reform.

If there is one thing, we all know it is that Conservatism is a politic for stale, outdated and self-serving quasi-aristocratic egomaniacs committed to preserving the status-quo…the leftist propaganda machine might say.

In fact Franklin D. Roosevelt said that "A Conservative is a man with two perfectly good legs who, however, has never learned to walk forward." Opposed to innovation and progression and societal change.

is to prefer the familiar to the unknown, to prefer the tried to the untried, fact to mystery, the actual to the possible, the limited to the unbounded, the near to the distant, the sufficient to the superabundant, the convenient to the perfect, present laughter to utopian bliss.

It should be no great surprise then that the Guardian publishes articles with titles such as ‘History Shows That Conservatives Can’t Hold Back Social Change’ - as if this is all Conservatives are seeking to do.

The truth is the image of the Conservative as a dyed-in-the-wool social, political and moral traditionalist woefully misrepresents the rich heritage of conservative social reform and justice movements nurtured and flourished by the hands of Conservative politicians, activists and thinkers.

Left wing journalists have made a career out of tory-bashing and wokery and are well served by perpetuating anti-conservative propaganda despite it undermining the notion of free and fair press and with it the service journalists ought to play in safeguarding and supporting our democracy.

Whilst it may come as a surprise to those blinded by the warm light of socialist fantasy, if one looks to almost any significant social reform; progressive, inclusive and aspirational policy in the past 200 years and you will find Conservatives at work to create a fairer country.

Take Disraeli, an outsider and populist committed to giving voice to the masses when the masses had little voice in politics. Disraeli, of Jewish decent was a member of parliament from 1837 later becoming the leader of the Tory Party at a time when practicing Jews were forbidden from being a member of parliament, a travesty that continued until 1858 when the Jewish relief Act was passed. Beyond this Disraeli’s commitment to social reform is notable. The Factories Act safeguarded workers as well as restricted young children from these often-abusive work conditions. Furthermore, he pioneered improvements in housing, public health and slum clearances. 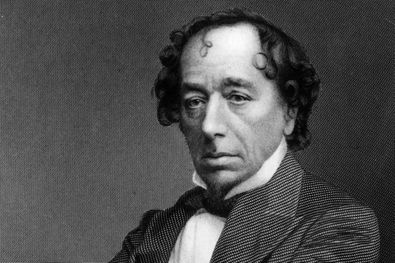 Pitt the younger and Wilberforce campaigned for the abolition of the slave trade, a law passed under Tory government.

Baldwin and Chamberlain’s introduced pensions and benefits for the unemployed. Ahead of his time, Macmillan proposed a minimum wage, over 5 decades before one was eventually introduced. And by spreading the opportunity for home ownership and shared ownership to the poorest, the Thatcher government in the 1980s continued this tradition of giving people a real stake in society.

David Cameron launched his flagship albeit somewhat fated ‘big society’ policy, committed to and devolving community services firmly into the hands of communities rather than the Westminster bubble. An inspired policy poorly executed, not least for the reason that those of us who almost overnight were handed the keys but neither training nor resources to run services such as libraries, youth clubs and communities’ centres quite simply didn’t know what we were doing. Training and resources were needed, something Barber’s Delivery Unit would have noted if only they had been maintained.

Teresa May continued the Conservative social reforming tradition with her commitment to reforming issues such as gender equal parliament, and stop and search, stating that unless stop and arrest ratios improved, the stop and search powers of police, which disproportionately negatively impact black communities will be reduced.

Under the current Johnson government despite the overwhelming media focus, rightly, on Covid-19 vaccinations and delivering Brexit we are witnessing one of the most significant social reforming mandates in modern British politics. Where creating equality of opportunity especially for the most long-suffering underserved communities across the country is a central policy.

A few weeks ago, my daughter was getting increasingly worked up because she could not find her glasses and the start of school was growing closer. After we had all run about the house looking in those most common spots like down the back of the sofa and on the bedside table, she laughed out loud because she realised, they were in fact on the top of her head. They were clear for all to see. The Conservative commitment to social reform is clear for all to see and it always has been. As a modern compassionate Conservative, I am immensely proud of this tradition and will work tirelessly to continue it. As for the propaganda machine, the greatest trick the left ever pulled was to convince the world that Tory’s are the nasty party. How wrong they truly are.

Between 2019 and 2021 I was privileged to be selected as the Conservative candidate, first for the Bristol mayoralty and then, following the electoral postponements under covid-19, as the West of England Mayoral Candidate.